Switzerland has recently emerged as one of the world’s most important hubs in the global trade of commodities. But its rise has been accompanied by concerns about transparency, appropriate regulation, and risks to resource-exporting developing countries. What is the extent of Switzerland’s responsibility? Could policy changes in Switzerland make the commodity sector more sustainable and its impact more mutually beneficial?

Visualization by Christoph Bader, based on Nadieh Bremer’s work on bl.ock.org

A small land-locked country far from most physical trading routes, Switzerland now accounts for as much as one-third of the global transit trade in vital commodities such as oil, metals, and agricultural goods. Transit trade means that the commodities never touch Swiss soil. For example, over half of the coffee trade and half of the sugar trade are handled by Swiss-based firms.

A rising Swiss hub
Net receipts from transit trading in Switzerland grew tenfold between 2003 and 2011, from CHF 2 billion to CHF 20 billion. In 2010, trading replaced Swiss banks’ financial services as the country’s top services export, and its share of Swiss GDP (over 3%) eclipsed that of tourism.

Other side of commodities trade
These figures suggest a major Swiss success story. However, research shows that the trade of commodities is also associated with risks, including illicit financial flows, environmental damage, human rights violation, and lost opportunities for poor countries in which the (often finite) commodities are extracted (CDE/WTI/IWE 2015). These challenges are not limited to Switzerland. But Switzerland’s role as a leading trading hub and home to commodity companies heightens its responsibility in the eyes of many observers.

This post is based on the recently published Swiss Academies factsheet on Switzerland and the commodities trade. The fact sheet outlines key challenges, knowledge gaps, and research questions centring on Switzerland’s role and potential responsibility as a leading commodity hub. 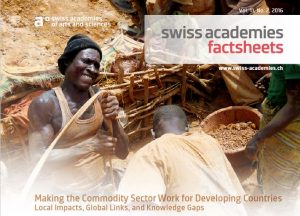 A second Swiss Academies factsheet looks at challenges and knowledge gaps concerning the impacts of the commodity trade in developing countries. It highlights promising approaches for research and policy change with regard to developing country governments, involved companies, trading hubs, and the international community. 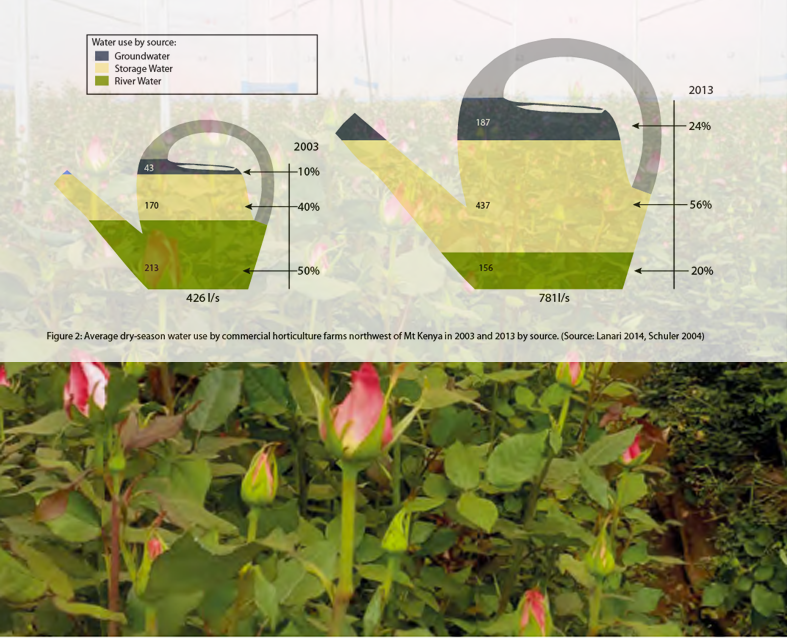